"You owe it to your philosophy to study how to win." - Morton C. Blackwell 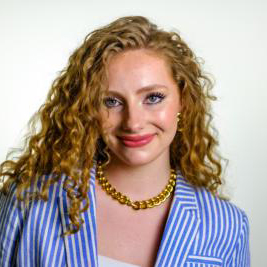 
President Trump is launching a new social media network, TRUTH Social, with the stated goal to “give a voice to all.”

The release is scheduled for Spring 2022 with a beta launch for “invited guests” in November 2021 and is intended to rival the likes of Facebook and Twitter, as did Parler and GETTR.

The upcoming release is timely in this era of Big Tech censorship and particularly poignant amid the ongoing release of the incriminating Facebook papers. In a statement, President Trump explained “I created TRUTH Social and TMTG to stand up to the tyranny of Big Tech.”

Trump also remarked on the pitfalls of current social media giants – “We live in a world where the Taliban has a huge presence on Twitter, yet your favorite American President has been silenced.”

He added: “This is unacceptable. I am excited to send out my first TRUTH on TRUTH Social very soon. The former president affirmed that TRUTH Social is a direct and natural response to wrongful censorship and the “self-righteous scolds and self-appointed arbiters” that make up Big Tech.

A new subscription-based video service called “TMTG+” that will feature “non-woke” programming, news, podcasts, and more are also set to accompany this launch. The emerging enterprise is being led by Scott St. John, Executive Producer of “America’s Got Talent” and “Deal or No Deal.”

“The transaction values Trump Media & Technology Group at an initial enterprise value of $875 Million, with a potential additional earnout of $825 Million in additional shares (at the valuation they are granted) for a cumulative valuation of up to $1.7 Billion depending on the performance of the stock price post-business combination. Trump Media & Technology Group’s growth plans initially will be funded by DWAC’s cash in trust of $293 Million (assuming no redemptions).”

So far, DWAC has posted “staggering gains,” according to the Washington Post. Within the week of Trump’s announcement, shares shot up 107 percent, starting at $10 a share and closing near $94.

“Everyone asks me why doesn’t someone stand up to Big Tech? Well, we will be soon!” Trump concluded in his official statement.

What do you think about TRUTH Social? Will this new social media platform be successful? Leave a comment below and share your thoughts.

Leadership Institute has been training conservative activists, students, and leaders since 1979.